Of dogs and the soundtrack of our lives 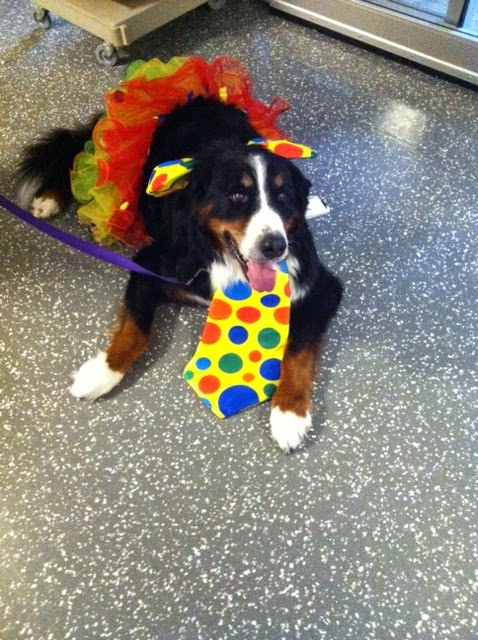 It's not often you see a dog in the ICU at a hospital! Above is Sasha, a pet therapist dressed up for Halloween. This picture was taken outside the door of a patient I had a request to play music for. It sure made me smile and soon after this picture was taken, Sasha rolled over on her back for me to pet her belly. Animals are so comforting. In fact I often as patients i meet if they have any animals at home and you ought to see their eyes light up. Sometimes there are pictures on the walls of them. Animals are unconditionally loving and are always there for us. At our best, our worst and everything in between, they remain loving friends and family to us.

I think of music in this same way. Everyone loves music and it is always there for us, just like a loyal pet. We have songs that created the soundtrack of our lives. Songs that accompanied our happiest moments; a wedding, graduation, a new love and we have songs that helped us through our hardest times of loss, sorrow, challenge.

Today in ICU, I played my guitar for a woman who has been on a rough journey for awhile. She's had several very serious health challenges come her way and her road is a hard one to be on for now. Her sister requested music for her. I sat down and improvised some soothing chords and melodies in a slow, even tempo in the hopes to bring her high heart rate down. Within minutes as I started to play, she closed her eyes and a most serene expression came on her face. She looked to be in a state of profound comfort and ease. Two sisters stood on each side of her, holding her hand and stroking her arms to show their love and caring.

It was such an honor to be present to this patient who is in such a time of need. Playing my guitar, I watched her closely to see her response.  If I noticed certain chords or notes brought her more peace, I repeated them over and over again. If she appeared agitated at all by any note or change in the music, I smoothly transitioned over to the musical prescriptions that were calming her.

I am grateful for the work I do and amazed with the healing power of music.
Posted by Blue OConnell at 2:16 PM No comments: 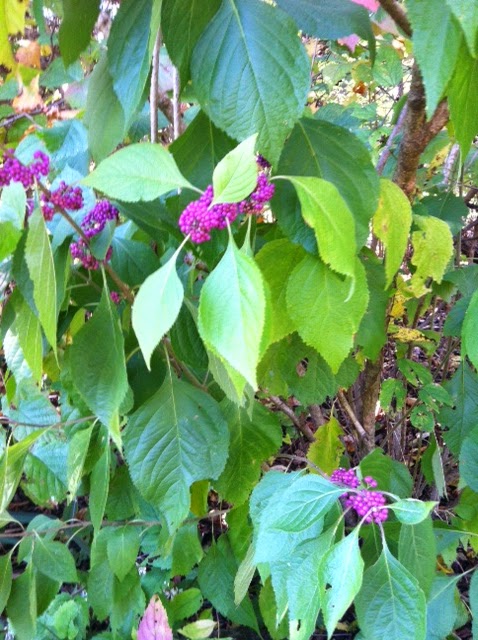 Hello everyone! What is the autumn season by you like? I love living in a place that has 4 seasons because I love each season for different reasons. I love autumn for the colors of the leaves on the fall, for the changes in the daylight, for the quiet the early nights bring.

Yesterday was a special day at Ivy Creek Foundation natural area in Charlottesville. I teamed up with the Live Poet's Society  in a celebration of the natural world with music, poetry and visual art. I sang some of my songs which focus on the beauty of nature. My song, "Choose the Sky"  is the title of my CD which you can learn more about on my CD Baby page.  I taught a couple of Native American chants too like, "I am One with the Infinite Sun."

Best of all was the good feeling of kindred spirits coming together to celebrate the arts and Nature at one of my favorite places around. Above is a picture I took there of some berries but now I am forgetting the name of them. If you know the name of them, let me know! :)

I love bringing music to all kinds of places. Friday I played at my gym in the lobby and loved how people came to me and told me their favorite music story. Everyone is touched by music in some way or another. How will music touch your life today?
Posted by Blue OConnell at 8:33 AM No comments: 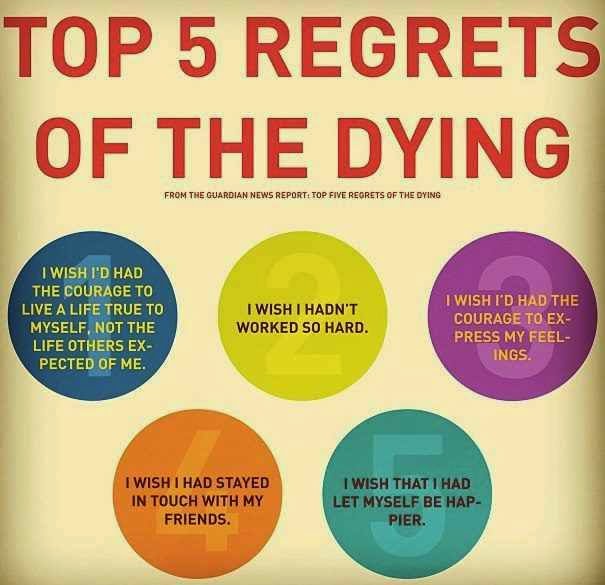 I'm going on my 10th year of playing therapeutic music for patients at a hospital and I just love it. In particular I love to play for patients in ICU. I was there today and played for patients who were in very critical condition. All of them were unable to speak (trache in throat) and hooked up with so many tubes and wires. Most of them were in a deep sleep or in a coma. I do know they can hear me. I know this also by watching the heart monitors. I'll tell you some about what I do.

Firstly, I never play what would be considered familiar music to them. When someone is so ill and unable to communicate,  I cannot risk sparking an unpleasant memory. It's happened to all of us. Haven't you ever been somewhere and suddenly an old song from the past comes on the radio and suddenly we are transported to an old, unresolved memory. We each have a soundtrack that accompanied both our best but also our worst memories. So that is why I don't play anything that could awaken a dark time because these patients need hope, comfort, calming.

So what I do is I improvise for them.  Today for instance I was playing for one patient and the nurse came in and said, "Play soft. If her blood pressure rises, then stop."   So I started playing a chord progression in the key of E because those are lower tones which are more restful, while higher pitches are stimulating. I was weaving melodies in a slow 3/4 time like a lullaby or a waltz. I watched her slowly breathing and I worked to match her rhythm.  It's all very scientific. Music is rhythm, just like our hearts that beat in rhythm. I play music in a slow rhythm to help the patient "entrain" to my slow, steady rhythm, to help stabilize their pulse.  If I see the monitor numbers rise, I back way off and play more quietly, more slowly.

It is very calming for me too. I often feel in such a zone, I have to consciously be sure I am staying alert to the patient's needs and shift my musical prescription according to their current symptoms.

When I am done playing I sit in the silence and send them positive thoughts and wish them peace and healing. I thank them for letting me play (aloud) for I do know they can hear me. It is such an honor to do this work.

I post the picture with the 5 Regrets of the Dying because each time I go to the hospital, I am confronted with people who may not go home. It has been good for me to always be reminded of what is most important in life.
Posted by Blue OConnell at 2:22 PM No comments: 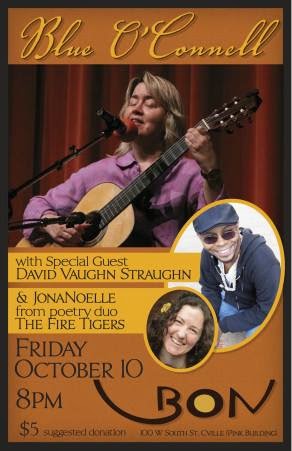 Last night was such a lovely evening of stories, poems and songs at BON downtown Charlottesville. Opening the show was poet David Vaughn Straughn who came all the way from Brooklyn, NY to be with us. Sharing the evening was Jona Noelle of the poetry duo The Fire Tigers. I sang some of my new songs as well as songs that have been with me for awhile.  I enjoyed sharing some of my newest works in progress which are poems by George Eliot I set to music.

This past spring I went looking for poems to set to music and wanted to find something old enough to not worry about copyright issues. It seemed that everyone I thought of like Rumi, Hafiz, Elizabeth Barrett Brown, The Brontes, etc had been done already. Then I found a bunch of poems by George Eliot.  She is mostly known for her novels from the Victorian Era, "Middlemarch" and  "Adam Bede".  Her real name is Mary Ann Evans but she published under a man's name so that her work would be taken seriously.

As I worked on some of the melodies for her poems, I really felt as though I could have written these words.  One of the collaborations in particular came out that way. As I sang Eliot's words with my melody last night, I felt that it was my own work. One of the audience members also said this.

Here is the poem I am referring to:

If you sit down at set of sun
And count the acts that you have done,
And, counting, find
One self-denying deed, one word
That eased the heart of him who heard,
One glance most kind
That fell like sunshine where it went --
Then you may count that day well spent.

But if, through all the livelong day,
You've cheered no heart, by yea or nay --
If, through it all
You've nothing done that you can trace
That brought the sunshine to one face--
No act most small  That helped some soul and nothing cost --
Then count that day as worse than lost.

I will record these poems someday soon! In the meantime, thanks for stopping by and I hope you are enjoying our lovely autumn season!
Posted by Blue OConnell at 6:18 AM No comments: