The Perks of Being a Cochlear Implant Recipient 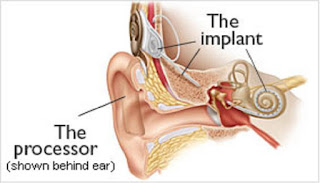 Those that know me know that I became a cochlear implant (CI) recipient in 2009.   It has really been an interesting journey these last 7 years! Something I have really enjoyed doing is participating in CI research. I have done so in Cochlear Implant Labs all over the country from Northwestern University in Chicago, Vanderbilt in Nashville, Arizona State, U of Maryland and JMU in Virginia.
It is gratifying to know that people like me can help ensure that technology for CI users continues to improve.

Last week I went back for the second time to UMD and participated in 2.5 days of testing. Probably the most fun part of the research was an experiment where they put these electrodes on my head (using a cloth cap with holes in it). Then they hooked my CI up directly to a sound that repeated over and over again over a period of a half hour or so to record how my brain responds to the different sounds. For example, one of the sounds is the word "ditch", while the other sound is, "dish." To someone with a hearing loss, these words sound pretty similar. So they test someone like me to find out why is it that some people are really improving from a CI and can understand speech clearly, while others do not seem to get the maximum benefits?

Other tests have to do with memory recall. There was one test where there was a series of numbers in a circle like a clock. After I heard a series of numbers, I was to click on the numbers on the computer in the order I heard them.  The hard part was when I was asked to do this exercise backwards! It was not so hard with 3 or 4 numbers but they had sometimes 8 or 9 numbers which was just about impossible!

They also made new "maps" which is what audiologists do for CI users by measuring the thresholds of the softest sound I can hear, to the loudest sound we can tolerate. This is done with different electrodes connected to the implant. After the maps were made, I was tested to listen to a series of sounds which each map. One test was to determine which sound out of three was different. It is like those optical illusion tests where you have to choose which picture is different of three. What happens with me over time in listening to these sounds is they start to blend together or my brain processes them in a delayed way. At one point I thought I heard a ringing sound in the room and I got up and asked what that was. The test team looked at me which a confused expression. "You need to take a break. " And so I went outside awhile.

What happens with the CI is that we use our brain to hear and so these kinds of tests give research teams data to see how the CI responds with different types of people. Depending on age, how long they've had their CI, how much they have worked at their auditory rehab, etc.

Contrary to what people may think, having a CI does not cure your hearing. You do not hear perfectly after it is activated. It's not like a hearing aid where it is turned on and that is it. The CI requires a lot of skill and listening exercises.  Sometime I will tell you more about the rehab it requires.

All in all though, it's an interesting life. Feel free to get in touch if you have questions about cochlear implants. I also give talks and presentations on CIs if you are interested. Thanks for coming by!
Posted by Blue OConnell at 8:56 AM No comments:

Time to explore and play 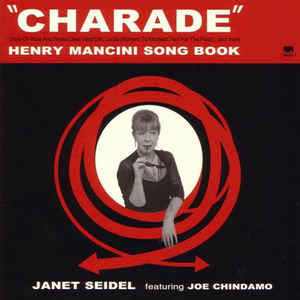 April was a very busy and demanding month for me that required a lot of practice and focus. What I like to do to recoup is to have fun with music and make time to explore. Something I love to do is go through my songbooks and look for songs I might be interested in learning. I have two Vocal Jazz Real Books that have lots of great songs to learn.  Today I was messing around with that song People which is from "Funny Girl." It is hard for me to sing it without crying, so I have to put it away for a bit until I can do so.

It's because the song reminds me so much of my mother who is now very ill and the song brings back a happy memory of being with my mom and sister in Grant Park in Chicago hearing Ella Fitzgerald singing it. The fact that there is a strong emotion that comes through is a good thing though and will work for me well over time. This same thing happened with that song, "Smile" by Charlie Chaplin. I learned it to play for a funeral but it took me many times to be able to sing it without crying. Now when others hear me sing it, they are moved to tears. I think because I truly feel that song. Crying to a good sad song is a good, healing feeling--don't you think so?

I like to find all kinds of songs that would display different moods and memories. Who remembers the Henry Mancini song, "Charade?" I find the melody to be very haunting and it makes a good guitar solo.  Check out Chet Atkins' version of Charade.

In my vocal jazz book I came across "A Taste of Honey." Again, this one is an unusual song that many different people have done from the Beatles to the Hollies and Herb Alpert. I messed around yesterday playing this song with Charade --they are both in the same key but have a different mood to them.

This is the kind of thing I like to do when I have time in between gigs. It's a time to explore and see where it leads me. Visual artists do this by exploring new mediums or colors. It's a way to keep things fresh and new.

What is your way to explore? Have fun!
Posted by Blue OConnell at 10:30 AM No comments: