Songs for the 11th hour 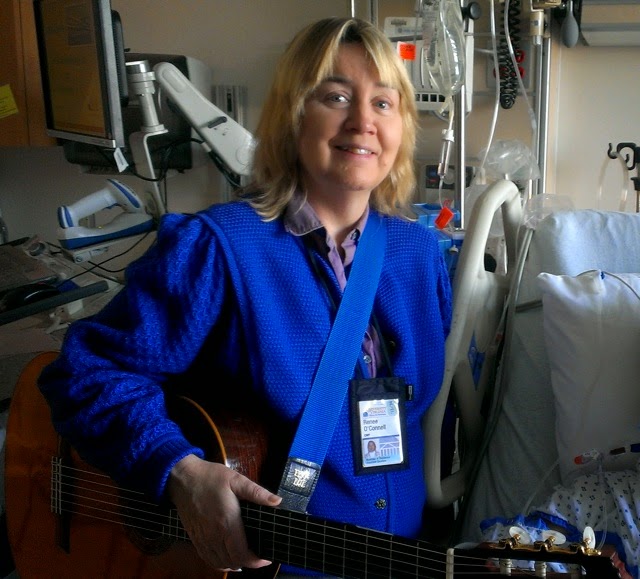 I've been playing therapeutic music in ICU at a hospital now for 10 years.  There are days like yesterday when I see how fragile life can be. How our lives change change on a dime. We just don't know one day from the next what life curves life will throw.  ICU is full of people whose lives have been forever altered.  It is challenging to witness the suffering of others and their families.

Yesterday I was playing for patients in the surgical trauma ICU. I was sent to a room of a young man who was in a coma,  and on life support. I was standing at the doorway, looking over where would be the best place to sit (and not be in the way of the nurses) when the patient's mother appeared by my side. She looked as though she hadn't slept in some days and when she saw my guitar, she said with tears in her eyes, "Oh please, play for him. He is a musician and he plays the guitar too."

I found a chair by his side and began to play slow, soothing melodic passages to help bring down his heart rate.  Most of the time in ICU, I do not play something that would be familiar to the patient, especially if they are not able to speak. I can't risk sparking a memory that would call up emotional material for them. So, instead, I make up my own lullabies and soothing, simple music that lets them know I am there. I give a melody they can follow out of the depths of their suffering. A trail to where there is hope, comfort, beauty and healing.

As I played, his mother stood by his side and held his hand. She watched him closely and at one point she said, "I know he can hear you." She would often lean down and kiss his cheek. Her tender caring and love for him was so moving for me to see.  It is quite an honor to meet people in a place where they are the most vulnerable.  I am a stranger to them when i walk in the hospital room, but as soon as I start to play music, we are bonded by the universal language we all speak. The language that has no words.
Above is a picture of me taking in the ICU over the summer by a family member of a patient.

Posted by Blue OConnell at 6:21 AM No comments:

Inspirations, explorations and going back to the roots 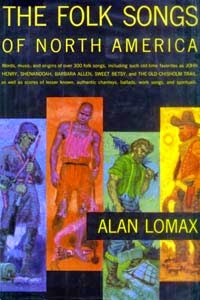 I was inspired to take up the acoustic guitar back in 1975 after meeting a new neighbor down the street who was my age and proudly called herself a folksinger. Before meeting her, I was into the rock bands of the time such as Yes, Led Zeppelin, The Who, Beatles, etc. I also played the drums in high school band and I dreamed to be a rock and roll star.

Not long after taking up the guitar, I accompanied my friend Cindy to some of the finest folk clubs in Chicago and I was hooked! The raw honesty, simplicity and beauty of this music stole my heart.  I started taking guitar lessons at The Old Town School of Folk Music . I especially loved the sing alongs  and jams we had on Saturday afternoons. Everyone played together--beginners and professionals, old and young. We all had a chance to choose a song to jam too. I loved the inclusiveness this music encouraged.

Last week I was given quite a special gift by a family member of someone at a nursing home where I sing. It was a book "The Folk Songs of North America." It has hundreds of old songs that were compiled by Alan Lomax who was one of the great American field collectors of folk music of the 20th century. He was also a folklorist, ethnomusicologist, historian, and film-maker. His work played important role in the American and British folk revivals of the 1940s, '50s and early '60s.

I have had so much fun these last few days just going over this book. I have found some songs I've never heard before and loved at first listen like "Down at Penny's Farm" .  I found an old gem that James Taylor made into a big hit in the 1970s. Do you remember "Wandering" ? I've always thought it was one of Taylors' originals.  I was mesmerized by a beautiful Irish song I'd forgotten, "Black is the Colour."  I loved finding on YouTube new renditions of these old songs like Norah Jones' singing, "Who's Gonna Shoe Your Pretty Little Feet?" I was reminded of the power of Bluegrass after hearing Alison Kraus & Union Station singing the raucous ballad, "Wild Bill Jones."

Since I work professionally as a musician, it is a rare treat for me to get to spend time playing songs just for my own fun and enjoyment. I really think this is important as it keeps me growing and keeps the love of music shining strong in my heart.

What music stirs your soul?

Posted by Blue OConnell at 5:25 AM No comments: 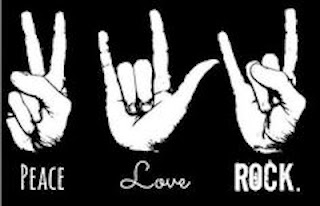 Such a fun music session I had yesterday with a young adult group (special needs).  I showed them some sign language signs I know and taught them to sing "Happy Birthday" in sign. We had a visitor who is a speech pathologist and she showed us how she signed to the song, "Wasted again in Margaritaville." You can imagine how funny that looked!

Then we talked about Thanksgiving holiday approaching and how there are not many songs about it. I showed them how easy it can be to make up our own songs by taking a well known melody and writing new words to it. Here is one song I found on the internet that we sang:

A Thanksgiving Song (sung to the tune of "Row, Row, Row your Boat"

The Pilgrims sailed away, far across the sea.
They came to America, so they could be free.
The Native Americans, helped them plant the corn.
Then they shared a great big feast, Thanksgiving Day was born!

Then I broke out my percussion instruments and we played "Follow the Leader" where the leader plays the big drum and sets the beat and we follow them. Everyone got to play their own beat and I played my Native American flute while they drummed.  We then sang a few Native American Chants like 'Hey Hey Watanee," "I am One with the Infinite Sun."

We wrapped up our music session with a few patriotic songs for Veteran's Day. In between we sang some fun songs and old songs and everything in between! It was quite a good time!
Posted by Blue OConnell at 6:55 AM No comments: